Wadi Rum is Arabic for "Roman Valley", as the Greeks were also called in the early Byzantine era by Arab people, probably referring to Christian Byzantine monastic or ascetic communities in the area, for which they were also known as "monks of the desert", before the expansion of the Rashidun Caliphate. 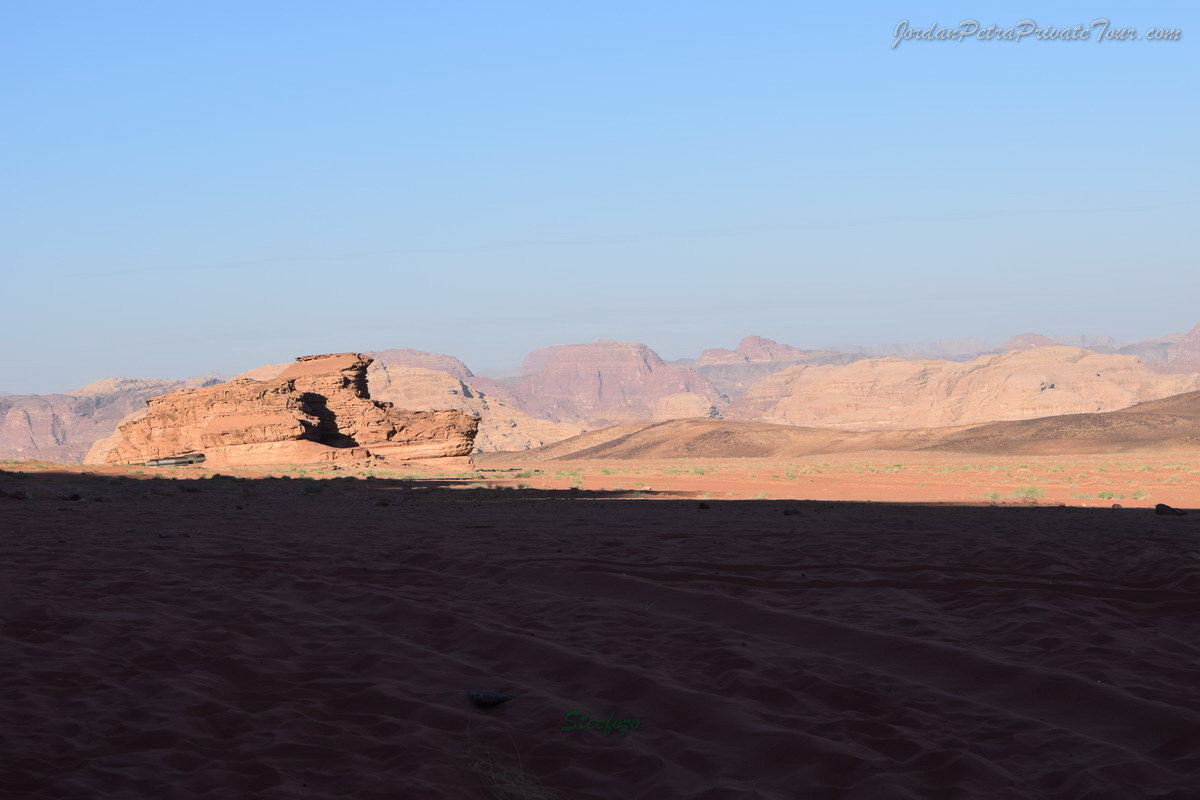 Wadi Rum has been inhabited by many human cultures since prehistoric times, with many cultures–including the Nabateans–leaving their mark in the form of rock paintings, graffiti, and temples.

In the West, Wadi Rum may be best known for its connection with British officer T.E. Laurence, who passed through several times during the Arab Revolt of 1917–18. In the 1980s one of the rock formations in Wadi Rum was named "The Seven Pillars of Wisdom" after Lawrence's book penned in the aftermath of the war, though the 'Seven Pillars' referred to in the book have no connection with Rum. 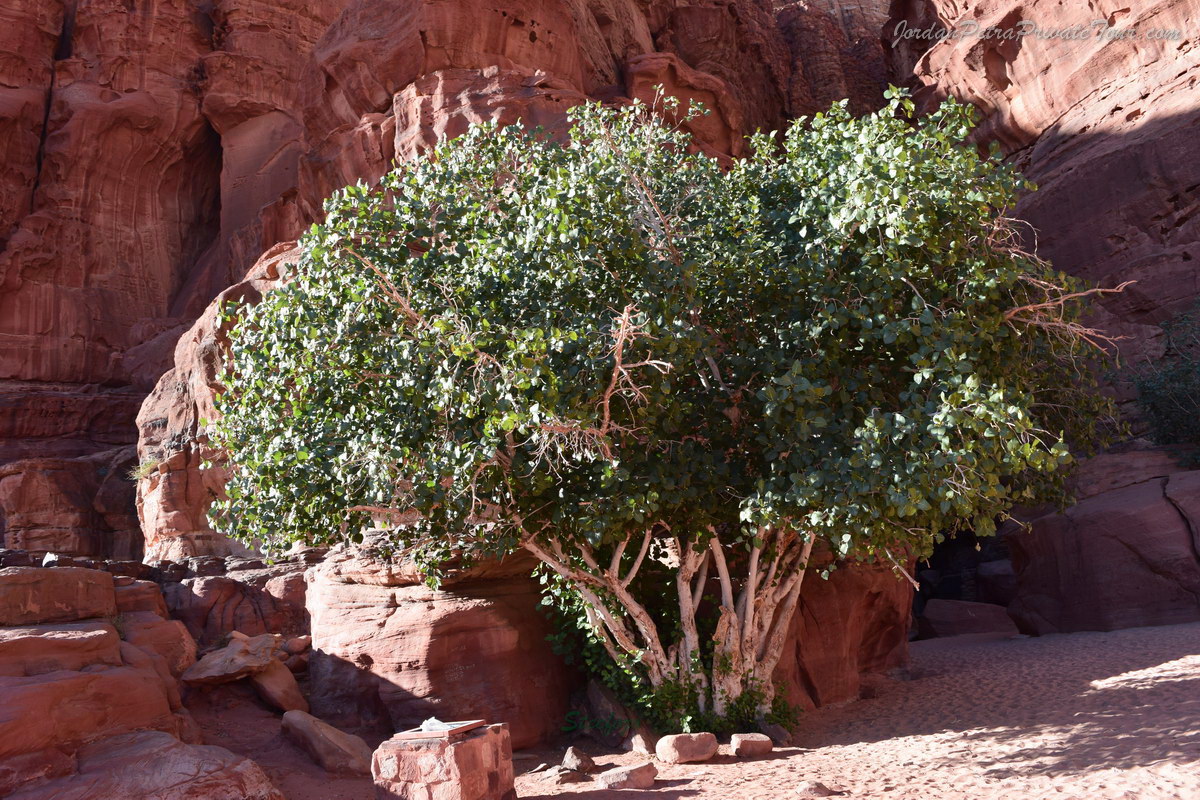 The area is centered on the main valley of Wadi Rum. The highest elevation in Jordan is Jabal Umm ad Dami at 1,840 m (6,040 ft) high ( SRTM data says 1854 m), located 30 kilometres south of Wadi Rum village. It was first located by Difallah Ateeg, a Zalabia Bedouin from Rum. On a clear day, it is possible to see the Red Sea and the Saudi border from the top.

Jabal Ram or Jebel Rum (1,734 metres (5,689 ft) above sea level) is the second highest peak in Jordan and the highest peak in the central Rum, rising directly above Rum valley, opposite Jebel um Ishrin, which is possibly one metre lower.

Khaz'ali Canyon in Wadi Rum is the site of petroglyphs etched into the cave walls depicting humans and antelopes dating back to the Thamudic times. The village of Wadi Rum itself consists of several hundred Bedouin inhabitants with their goat-hair tents and concrete houses and also their four-wheel vehicles, one school for boys and one for girls, a few shops, and the headquarters of the Desert Patrol. 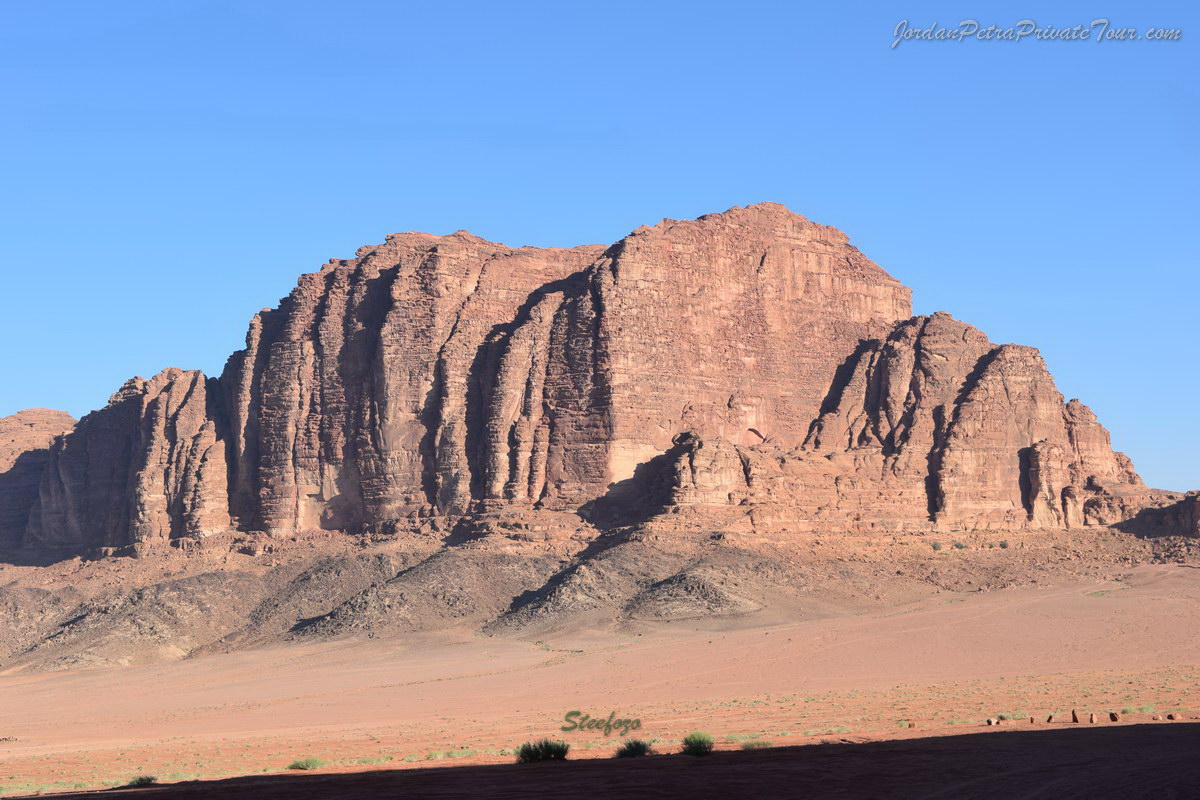 Wadi Rum is home to the Zalabia Bedouin who, working with climbers and trekkers, have made a success of developing eco-adventure tourism, now their main source of income. The area is now one of Jordan's important tourist destinations, and attracts an increasing number of foreign tourists, particularly trekkers and climbers, but also for camel and horse safari or simply day-trippers from Aqaba or Petra. In recent years, its luxury camping retreats have spurred more tourism to the area as well.Popular activities in the desert environment include camping under the stars, riding Arabian horses, hiking and rock-climbing among the massive rock formations. ATVs (All Terrain Vehicles) and Jeeps are also available and new camps have opened that offer adequate accommodation for tourists. 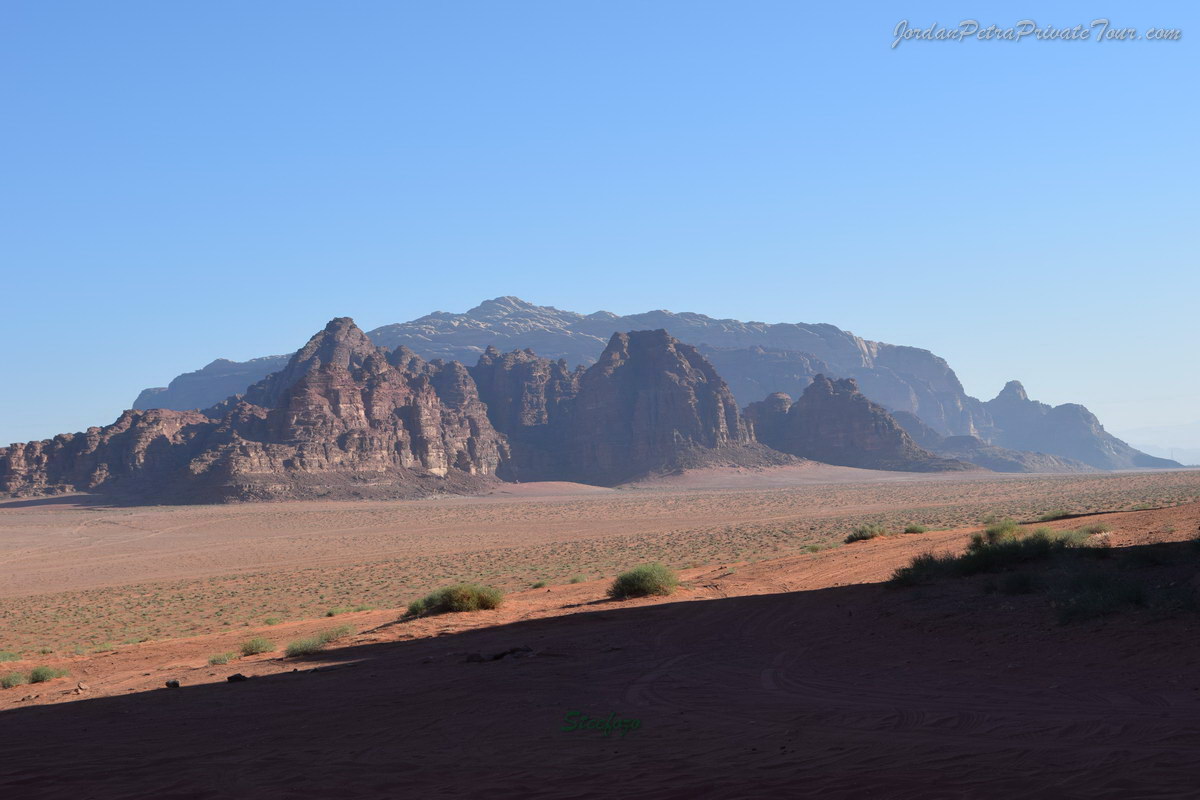 The Bedouin have climbed in the Sandstone mountains of Wadi Rum for many generations. Many of their 'Bedouin Roads' have been rediscovered and documented by modern climbers. Several are included in the climbing guidebook by Tony Howard, and online by Liên and Gilles Rappeneau.

In 1949 Sheikh Hamdan took surveyors to the summit of Jabal Ram. The first recorded European ascent of Jabal Ram took place in November 1952, by Charmian Longstaff and Sylvia Branford, guided by Sheik Hamdan. The first recorded rock climbs started in 1984, with the first of many visits by English climbers Howard, Baker, Taylor and Shaw. This group repeated many of the Bedouin routes, accompanied by locals and independently, including, in 1984, Hammad's Route on Jebel Rum, and, in 1985, Sheikh Kraim’s Hunter’s Slabs and Rijm Assaf on Jebel Rum.Many new routes were climbed in the 1980s, by this team, French guide Wilfried Colonna, by the Swiss Remy brothers, and by Haupolter and Precht.The first dedicated climbing guide book, Treks and Climb in Wadi Rum, by Tony Howard, was first published in 1987. Some of the many Bedouin routes have been documented online by Lien and Gilles Rappeneau.A new routes book for climbers is held at the Wadi Rum Guest House. 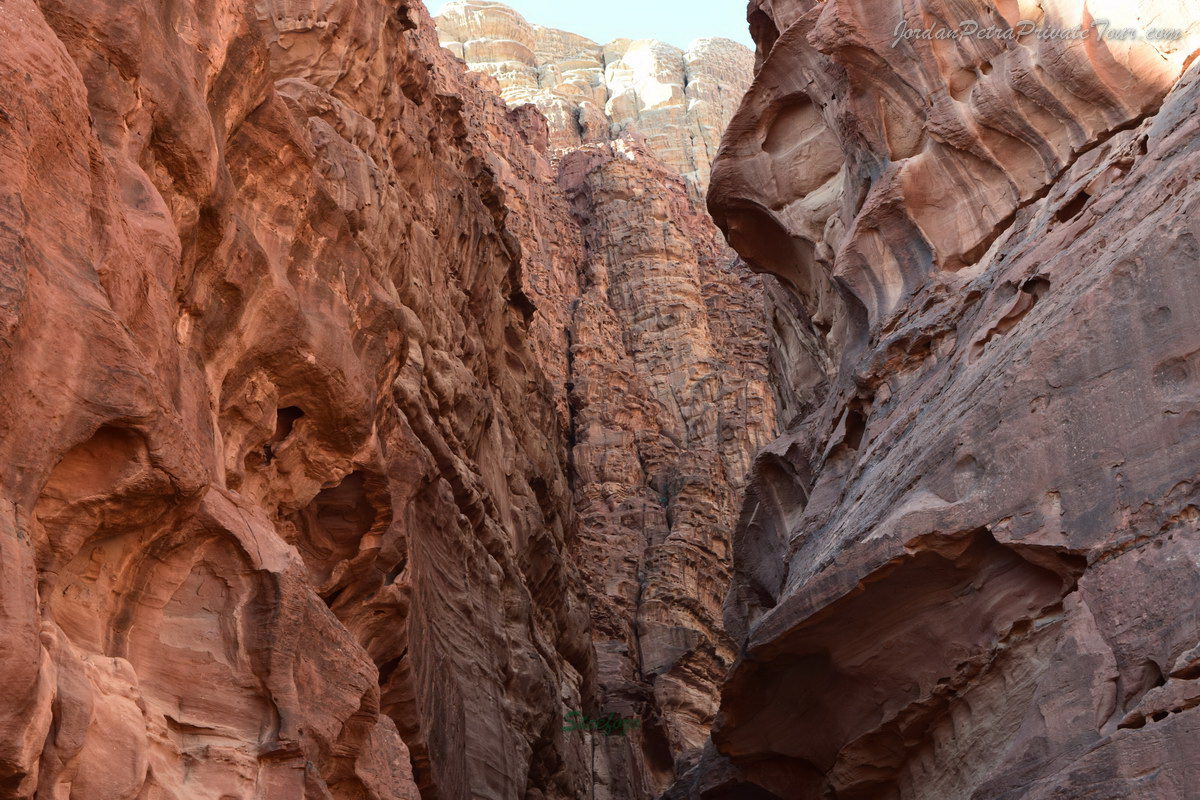 The route Guerre Sainte was climbed in 2000 by Batoux, Petit and friends. This was the first route in Wadi Rum to be entirely equipped using bolt protection. The route, on the East Face of Jebel Nassarani North, is 450 m (1,480 ft) long, and graded F7b or F7aA0.