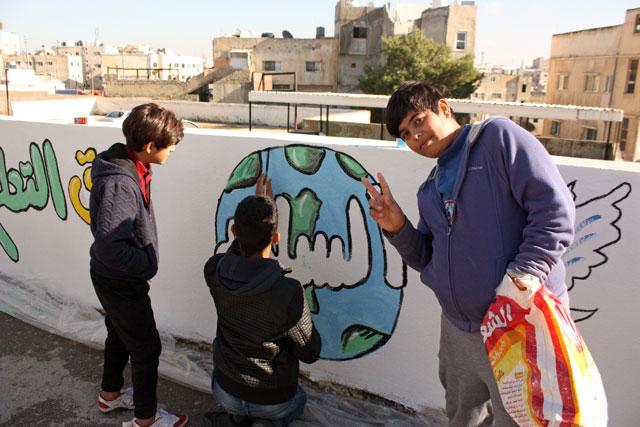 AMMAN — Royal Jordanian (RJ) celebrated its 55th anniversary on Wednesday with a performance by the Jordanian Army Band and a ceremony marking the company’s establishment.

The company launched operations as the national carrier of Jordan on December 15, 1963 with 250 employees and two aircraft, according to a statement sent by RJ. It has since grown to operate 26 modern aircraft that travel to 45 cities and traverse four continents.

During the ceremony, the band performed national musical pieces at RJ’s main office in Amman. The company said that the participation of the Jordanian Army Band reflected the special significance that RJ enjoys in service of the country.

RJ’s staff also expressed pride in serving the national carrier of Jordan and their will to maintain the company’s international and regional reputation as an important contributor to the Kingdom’s economy, to the local community and as an employer of choice, the statement said.

His Majesty the late King Hussein's backing played a key role in the progress witnessed by the airline and helped it boost its regional and international competitiveness, the statement added.

The airline said His Majesty King Abdullah continues to support Royal Jordanian, given the leading national role that the carrier plays in connecting Jordan to the world, and its strategic significance in serving the country.

President and CEO Stefan Pichler expressed the airline’s appreciation for the care the Kingdom and the Jordanian government have given RJ, and for their keenness to maintain RJ as Jordan's carrier.

He said that the Royal Crown is in the RJ brand and plays a great role in moving the company forward and achieving its turnaround plan.

“RJ has been successfully achieving the set goals of the turnaround plan; proof of that is the net profit in the first nine months of 2018, which reached JD10.2 million,” he said in the statement.

Pichler said that RJ’s strategic objective is to position itself as the No. 1 carrier in the Levant. He added that this will be done by  strengthening the three main pillars of the five-year turnaround plan, which include maintaining sustainable profitability to attract the capital market and target increasing operating margins in the coming five years; be a consumer champion by thinking of customers first; be the employer of choice that attracts and retains a skilled workforce and rewards performance.

The statement said that the airline will keep revisiting its route network to enhance connectivity through RJ’s hub in Amman, and will simplify its fleet to make future growth easier.

Pichler added that RJ will also continue offering low fares to retain loyal customers and gain new ones, and passengers can expect to see improved services.

Eight destinations are still suspended for security reasons, including Damascus, Aleppo, Sanaa, Aden, Tripoli, Benghazi, Misrata and Mosul. However, the next five years will see the launch of new stations, the renewal of short and medium-range fleets and the addition of 3 to 4 new aircraft, which will bring the total number of RJ’s fleet to 30 modern airliners.

The total number of passengers the airline serves per year has increased from 87,000 in 1964 to an estimated 3.250 million by the end of this year. The company’s yearly flights have also grown from 4,000 to almost 35,000 over the same period. Revenue totalled JD1 million in 1964; this year that number is expected to be JD660 million.

The company said it was grateful to its employees and customers that celebrated its 55th anniversary through different activities.

Pichler added that RJ greatly appreciates its current and retired employees, and the role they played over the past years in building and developing the company.

He also said RJ was proud of its staff that have distinguished themselves in the aviation field, and helped place RJ on par with its global peers.