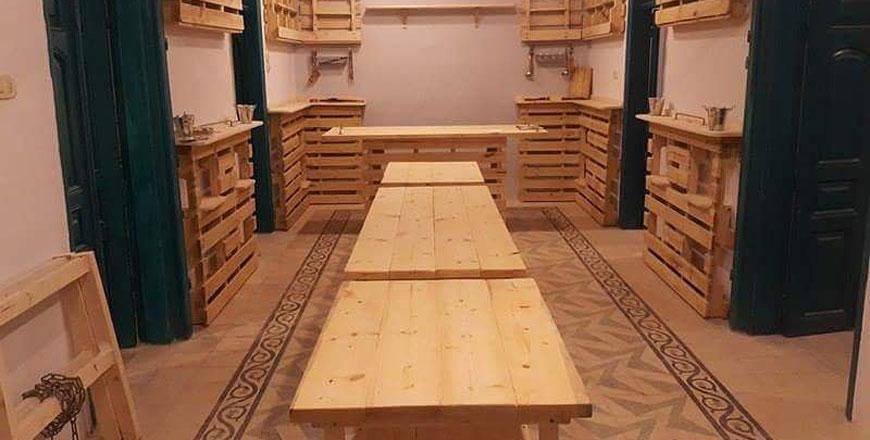 AMMAN — A group of young people passionate about art have followed the lead of a 23-year-old Syrian artist in supporting local communities through creativity.

Having arrived in Amman from his war torn country seven years ago, Burghal said art is what “brought him back to life”, giving him the platform he needed to express himself and “make people wonder”.

“I can spend hours and nights in my workshop, and that is how I made most of my friends here. Whether Jordanian, Iraqi, Egyptian or else, they have all embarked with me on my artistic adventures,” he stated, noting that “my relation to Jordan is attached to creativity”.

Like a magnet, his workshop attracts young artists from across the region living in Amman, forming a small community brought together by art.

“We are always curious about his work,” said Saber, one of Burghal’s friends, who explained how he often drops by the workshop “to see if he can help”. “I usually end up grabbing the most unexpected object, a can, a shisha, and start ‘producing’,” he continued.

The small community said art “should have a meaning”, which prompted them to put their friendship and common passion at the service of underprivileged communities.

In addition to painting workshops they organised for the children from the Zaatari refugee camp, they also embellished the concrete shelters of the largest Syrian camp in the Kingdom.

The group of friends also took to the streets of the capital to brighten up small, isolated alleys with their surprising, colourful murals.

Using everyday objects left behind by citizens, the 23-year-old progressively inspired an upcycling movement in his community, turning the ordinary and unwanted into beautiful works of art, while promoting ecology.

Upcycling, also known as creative reuse, is the process of transforming by-products, waste materials or unwanted products into new products of better quality or for better environmental value, according to online sources.

Burghal said he is inspired by the saying: “A society grows great when old men plant trees whose shade they know they shall never see,” which is at the core of environmental awareness.

Reminiscing about his journey since he fled Syria, Burghal said that his fellow artists have inspired him, helping him to overcome his trauma. “They brought so much to me and never let me down. They have followed me wherever imagination has taken me: together, we are unstoppable,” he concluded.