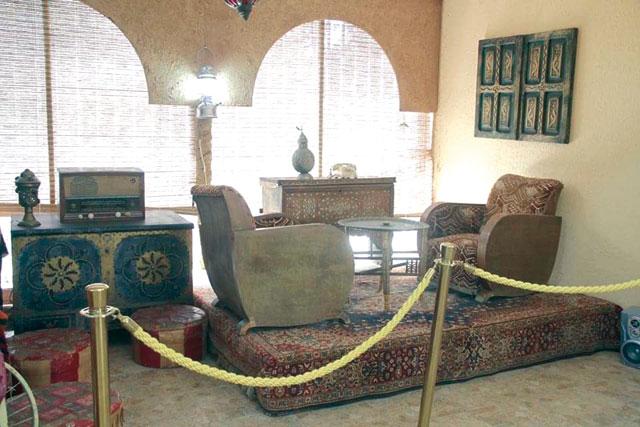 AMMAN — Tucked inside the University of Jordan, a 33-year-old museum aims to preserve different aspects of local heritage for the Jordanian public and college students for “generations to come”.

The National Heritage Museum is open to both students and the public, and its collection, which has been on display since 1986, reflects the lifestyle of Jordanians in villages throughout the 19th and early 20th centuries, according to the University of Jordan’s website.

“Various elements of Jordanian heritage is being highlighted here; including the life of Badians, their traditional tents, traditional dishes as well traditional dresses,” said Tariq Mihairat, the museum’s secretary.

He noted that there is a special focus on Jordan’s rural lifestyles. For example, the museum showcases a traditional mud house built by students, as well as agricultural equipment.

Mihairat added that each items displayed at the museum symbolises different Jordanian customs and traditions. The secretary pointed to Arabic coffee and the ceremonial part it played in Jordanian culture.

Mihairat explained that traditionally “there are three cups of coffee served to the guest. The guest has to drink the first cup because it is part of the hospitality of the host, while the second cup is to enjoy the taste of the coffee, and the third coffee is called the sword coffee, which means that if the guest has this cup he is tasked to protect his host from any attack in the future”.

He also noted that Jordan is renowned for its wide range of traditional dresses.

“Each city has a specific dress, so each dress is different in terms of design, colours and the way people wear it,” the museum official said.

Ahmad Hamdan, a university student, said the museum gives insight into the traditional social life and architectural style of Jordan.

“Heritage is gradually about to vanish and this preserves it,” Hamdan added.

Marwan Masaadah, 20-year-old student from the University of Jordan, said that before visiting the museum he was not aware that each city in Jordan had its own dress.

“What I really liked was the traditional games people used to enjoy in their leisure time and the agricultural equipment they used,” Masaadah added.