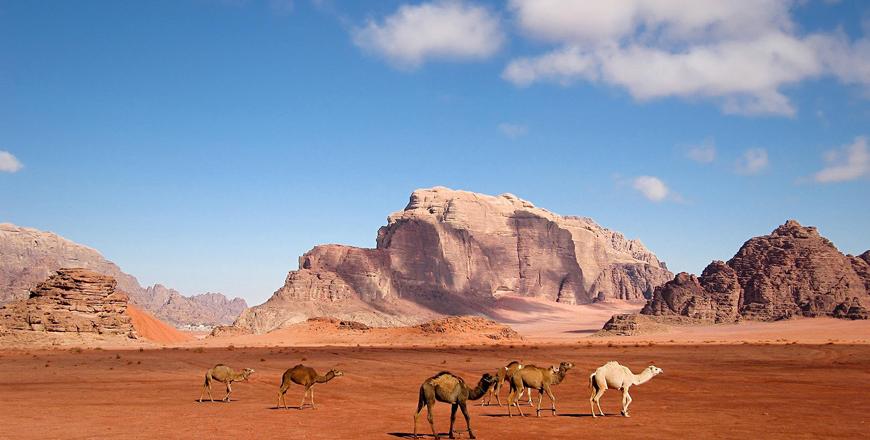 AMMAN — Jordan Motorsport has confirmed there will be a strong regional flavour to the official entry lists for this week’s inaugural Jordan Baja, the Kingdom’s first cross-country rally to run since 1990, according to the Jordan Motorsport Media Service.

Drivers from Jordan, Saudi Arabia, Egypt, Kuwait and the United Arab Emirates are joined by navigators from the five Arab countries to support Jordan’s exciting introduction to the FIA international cross-country rallying calendar. The event will be a candidate for the FIA World Cup for Cross-Country Rallies.

Twenty-two cars and five motorcycles will tackle 383.80 competitive kilometres in a route of 725.52km on this event being hosted through some of the most beautiful desert terrain on the planet.

Wadi Rum is a giant valley cut into sandstone and granite rock 60km to the north of Aqaba. It is also known as the Valley of the Moon or the Roman Valley, is the largest wadi in the Hashemite Kingdom and the home of the Zalabia Bedouin.

Khaled Zakaria is one of the most successful Arab navigators in the history of the FIA Middle East Rally Championship (MERC) and the Jordanian returns to competitive action with Shaban in a Humme H1.

Zakaria won six rounds of the MERC with the UAE’s Mohammed Ben Sulayem and the 2004 Jordan Rally with Amjad Farrah before turning to the organisational side of motor sport when work commitments permitted.

Three drivers will take part in the T3 category: Saleh Al Saif represents Saudi Arabia in a Can-Am Maverick X3 and faces competition from the likes of Jordanian airline pilot Malek Al Hariri and his navigator Ziad Masannat in an MN 1600 and the UAE’s Khaled Al Jafla in a second Can-Am.

While officials at Jordan Motorsport make final checks and any necessary modifications to the two desert selective sections of 122km and 67.9km that will test man and machine to the limit on Friday and Saturday, competitors prepare their racing equipment before technical scrutineering and administration checks take place at the Aqaba Service Park on Wednesday.

Temperatures have been up in the high 30ºC in recent days and tyre wear on abrasive rocky surfaces, engine overheating and driver and navigator fatigue are all factors that teams will need to take into account.

Competitive action gets under way with a timed super special of four kilometres in Aqaba City from 4:37pm on Thursday afternoon. The result of this short stage takes on extra significance in cross-country rallying, as the top 10 drivers will be able to choose their starting positions for the first of the longer desert sections on Friday.