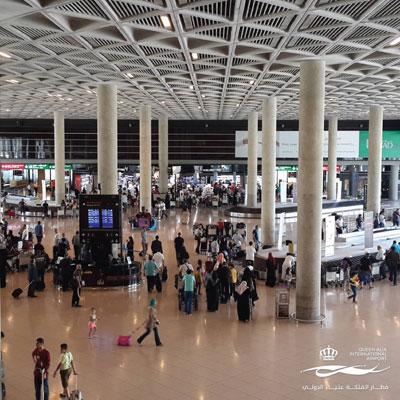 Some 8.4 Million People Travelled Through QAIA in 2018 — Statement

According to an AIG statement as carried by the Jordan News Agency, Petra, a total of 76,889 flights passed through QAIA, registering a 3.8 per cent increase in aircraft movement, compared with the figures of 2017.

On the other hand, cargo traffic figures experienced a 5.7 per cent decline, the figures show.

The figures for 2018 have shown steady growth, particularly during summer months and the holiday seasons.

The statement noted that QAIA’s monthly passenger record was broken in August, when it exceeded, for the first time, the limit of 1 million passengers in one month.

In December alone, the airport received 629,805 passengers, registering a 9.3 per cent increase when compared with December 2017.

AIG CEO Kjeld Binger said that 2018 was full of “exceptional achievements” that were the result of cooperation between the group and its partners, local and international, to increase the number of airlines operating routes via QAIA.