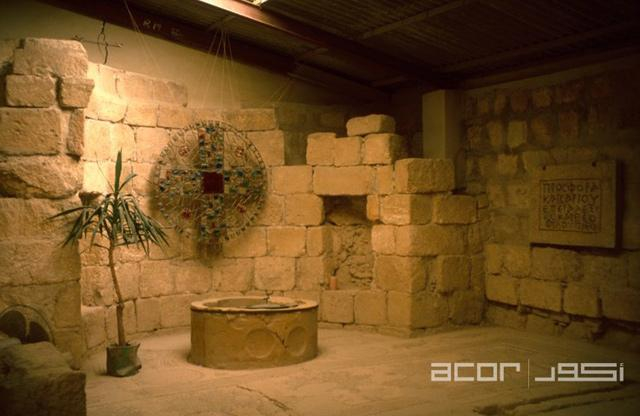 AMMAN — During late antiquity, wealthy women often travelled from western parts of the Roman Empire to visit holy sites and shrines in the Levant and Egypt, according to an archaeologist.

“There are about a dozen women whose names we know from the 4th and 5th centuries AD. The most famous of these women were empresses, like Constantine’s mother Helena and Theodosius II’s wife Eudokia,” said Marlena Whiting, who received her PhD in archaeology from the University of Oxford.

Another group of Roman women from the end of the 4th century are also well-documented, including Paula, Melania the Elder and her granddaughter Melania the Younger, who visited the holy sites and settled in Bethlehem and Jerusalem, Whiting noted.

“Another important figure is a woman known as Egeria, who came from what is today northwest Spain,” the archaeologist said, adding that Egeria lived in Jerusalem for four years in the 380s AD and made several trips to holy sites in Egypt and Edessa (Urfa in southeast Turkey).

“These women I’ve just mentioned were from the very highest social levels of Late Roman society. Their male relatives held the highest civic offices, and they were often closely connected, even by blood, to the imperial family,” Whiting noted, adding that they were primarily based in either Rome or Constantinople, which in the 4th and early 5th centuries were the two main seats of power.

They were also usually “incredibly wealthy”, mainly from owning agriculturally productive land in various parts of the empire, like North Africa and Asia Minor, she said, adding that they played a big role in the establishing of the Christian topography of the Holy Land by building churches, and also played a role in the spread of Christianity among the Roman ruling classes.

The scholar noted the difficulty of finding objective primary sources for these pilgrims, as authors who described these women were “not interested in the objective presentation of biographical facts, but in emphasising the extreme sanctity of the women’s lifestyles and acts of asceticism, as well as sensationalising their works of charity”.

“Nevertheless, those who wrote these texts, for instance the ones about Paula and Melania the Elder and Younger, knew the women they were writing about personally, so we scholars like to think that not everything was reduced to cliché,” Whiting explained.

Egeria, she added, wrote her own account of her travels, so “the voice that we hear is genuinely hers”.

“She writes about her feelings of joy and curiosity at exploring the holy sites, and tries to describe what she sees for her friends back home,” the scholar said.