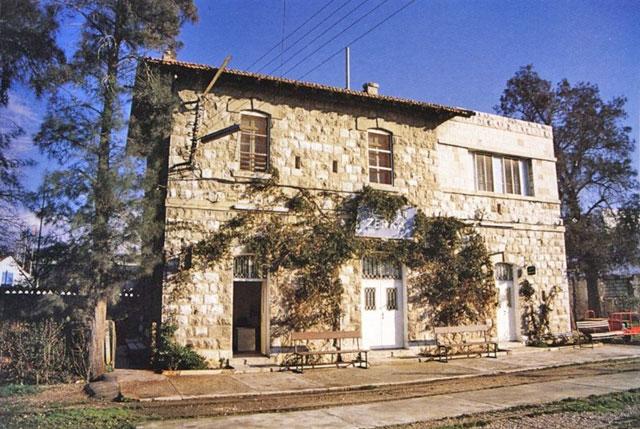 AMMAN — While southern Jordan witnesses an abundance of ancient sites, a British archaeologist decided to study the 20th century archaeology during the Great Arab Revolt, with a focus on trains, planes and automobiles.

Research Associate at Oxford University’s School of Archaeology John Winterburn spent 12 years working in Jordan, acting as one of the main archive researchers and landscape archaeologists for the Great Arab Revolt Project between 2006 and 2016.

"It is archaeology of the end of one of the greatest empires we have seen, the Ottoman Empire or it is archaeology of a clash of empires — the British and Ottoman empires," Winterburn said during a lecture titled "Trains, planes and automobiles" held at the CBRL British Institute in Amman recently.

"In 1889, the sultan issued an order for a telegraph line to be constructed south from Damascus to Medina and Mecca along the route of the Darb Al Hajj and onwards to Yemen, but the telegraph line never got further than Medina mainly due to opposition from bedouin tribes," he underlined.

In the south of Jordan, the line ran from Shobak to Udruh, via Tahuna to Maan then to Batn Al Ghoul and onward to Mudawwara before entering the Hijaz, Winterburn explained.

The telegraph line was a statement of modernity and control, and of the physical presence of imperial power within a traditional landscape, the archaeologist claimed, saying: "However, it was misunderstood by the indigenous population and the lines were frequently the target of looting and damage by local tribes."

The telegraph was also the technology that enabled the building of the Hijaz Railway, according to Winterburn, who stressed the monumentality of the railway as "a triumph of Islamic financing over Western capital".

"The last desperate act of modernity of a failing empire, this railway enhanced the status of the Ottoman sultan as caliph to the world’s Muslims, and threatened British interests in the Middle East and India," the archaeologist underlined, adding that the Hijaz Railway allowed the transport of Hajj pilgrims to Mecca to take 40 days instead of fourty days.

"Aeroplanes were one of the technological breakthroughs and game changers at the start of the 20th century," Winterburn added, noting that, within 12 years of the first powered manned flight, aircraft were operational in the Middle East and used as weapons of war.

In August 1917, the Ottoman air force located their headquarters in Maan and used aircraft to patrol the railway and attack the British base in Aqaba, he highlighted, saying that British air forces attacked the Maani base from Palestine, to knock out enemy's stronghold.

"I have always dreamt about finding a 100 -year old Rolls Royce armoured car eroding out of the sand somewhere in Wadi Rum, but, so far, nothing has materialised," the archaeologist noted, concluding: “The archaeology of the early 20th century is very rich in information, but there is still more to be done. It is an archaeology that can inform the historic narrative and can confirm, or perhaps not confirm, what is thought to be the historical fact about the recent past."