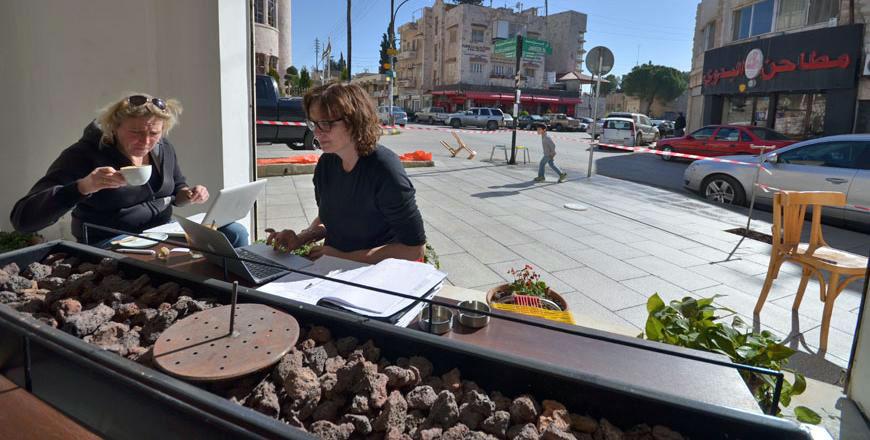 GAM to Renovate Jabal Luweibdeh in 2019, but Try to Preserve Area’s ‘Cultural Essence’

AMMAN — The Greater Amman Municipality (GAM) is planning on renovating, yet preserving, Jabal Luweibdeh in 2019, according to a report made available to The Jordan Times.

According to the report, the renovation will mainly focus on Baouneyeh Street and Al Sharia College Street, as well as the secondary roads leading to them. New spaces for parking are also on the GAM’s agenda, as they said people usually complain about the area’s narrow and old streets.

“It is almost impossible to find a spot when I go to my French classes. I have to park 10 minutes away in front of residential buildings, which sometimes gets me in trouble with its residents,” said Taima Rawashdeh, a university student.

While the municipality has many plans for the reconstruction of Jabal Luweibdeh, deputy director of the city’s planning committee, Imad Hayari, told The Jordan Times that “preserving the area’s historical and cultural essence is of great importance to us”.

The GAM is planning to review the licences it has given, and will give in the future, to shops in the area, to ensure they they fit Jabal Luweibdeh’s antique look.

Hayari added: “Jabal Luweibdeh is one of the oldest places in Amman, secondary only to the downtown area. That is why antique shops, art galleries and old restaurants fit into the area’s overall look, while something such as a computer repair shop, for example, does not.”

Although the GAM does not have a clear list of what type of shops it intends on “banning”, Hayari said that it is not modernity that the new licensing policies are against, but rather the clash in aesthetics the shops might create in Luweibdeh.

The traditional aspect of Jabal Luweibdeh has not, however, caused the area to lose its connection with Amman’s youth.

New art galleries that combine both the old and the new, restaurants and cafes that serve traditional food and maintain a contemporary yet antique look and what is now called “art parks”— which are parks that attract artists who perform music and art shows — are all the new generation’s additions to Jabal Luweibdeh.