AMMAN — Prompted by a lack of information on the Gulf of Aqaba’s harmful creatures, two local conservationists have released the first guide on poisonous marine species inhabiting Aqaba waters.

With over 500 fish species represented in the Gulf of Aqaba, the sea is considered “friendly” due to the presence of very few hazardous marine animals, but its usually-calm water has left many divers and beach goers with serious injuries because they had unknowingly gotten into direct contact with toxic and harmful creatures.

“A Guide on the Harmful and Toxic Creatures in the Gulf of Aqaba of Jordan” lists over 43 marine creatures that are venomous, poisonous and potentially injurious, which divers and swimmers are probable to encounter in the Gulf of Aqaba, over 330km south of Amman.

It is written by Ehab Eid and Mohammad Al Tawaha and released by the Royal Marine Conservation Society (JREDS). The 88-page book is now available in English and will be translated into Arabic in the future.

Eid, JREDS acting executive director and co-author of the guide, indicated that the book seeks to raise the awareness of divers and beach-goers on the presence of poisonous and harmful creatures along Aqaba’s coastline, stressing that it also aims at expanding research on Aqaba’s marine life.

“Work on the guide started a year ago. It is now ready and will be released to the public free of charge to raise their awareness on poisonous and harmful marine creatures in Aqaba, their description and behaviour,” Eid told The Jordan Times on Thursday.

In addition to identifying the scientific and local names of the marine creatures, the guide also provides photos of the creatures to help people identify them and avoid getting into direct contact with them.

“These creatures are not naturally aggressive towards humans… [Attacks] only happen when our presence and/or behaviour threatens [them], forcing them to act in self-defence…” Eid explained.

A lack of awareness among people is considered the main cause of unpleasant encounters and injuries, the conservationist said, underscoring that the best precaution is to avoid physical contact.

Moreover, due to the absence of reliable information on the types of toxic and harmful marine creatures in the Gulf of Aqaba, people tend to treat their stings and bites relying on traditional medicine, according to Eid.

One example is the way people treat the stings of the common long-spine urchin, which is locally known as Abul Haylaman.

“Abul Haylaman is spread in the Gulf of Aqaba, and it is one of the harmful creatures that swimmers come in contact with often. It has been long known locally that one treats its sting or extracts its spine with cigarette smoke or fire, but this is not right,” Eid explained.

The guide indicates that despite being capable of causing painful stings when stepped upon, urchins are only slightly venomous and do not pose a serious threat to humans. It suggests removing as much of the spine as possible, indicating that some small fragments may be absorbed by the body.

Eid highlighted that although there are treatment methods listed in the guide, people exposed to any injuries or accidents should always seek medical attention immediately.

The conservationist said people should not be scared of swimming in the Gulf of Aqaba, particularly with its unique and beautiful marine life, ecosystems and coral reefs; however, they should exercise caution to avoid injury. 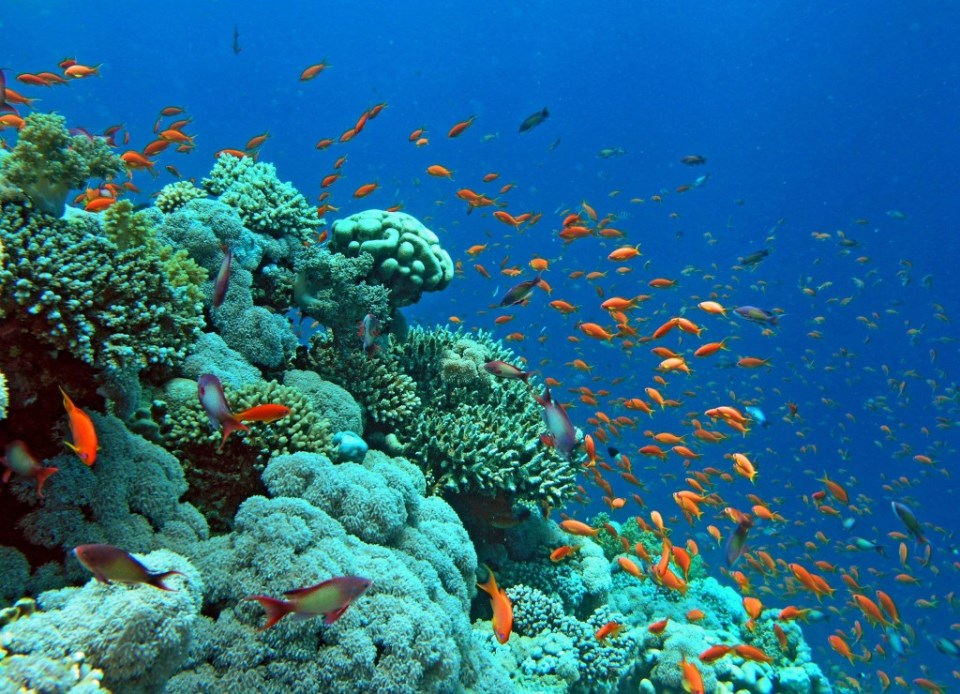 The Gulf of Aqaba is a semi-enclosed water basin attached to the semi-enclosed Red Sea, with a length of 170km, an average width of about 15km and more than 1,800 metres in maximum depth.

Its water is characterised by warmth whether during winter or summer, with the average sea temperature standing at 24°C, according to Eid.

Jordan’s 27km coastline represents the northernmost outcropping of coral reef in the world and tolerates a high salinity rate compared to other seas, according to the guide.