AMMAN — Excavations in the lowlands of Edom show conclusively that the Iron Age social complexity and emergence of the Kingdom of Edom, known from biblical texts, began 500-400 years earlier than previously thought, according to a Jordanian archaeologist.

The Kingdom of Edom primarily comprised parts of modern day southern Jordan and Al Naqab  Desert.The key for the emergence of this social complexity is in what happened in lowlands area Feynan, said Mohammad Najjar who received his PhD in art history and archaeology in 1981 from the Institute of Archaeology of the Academy of Science in Moscow. 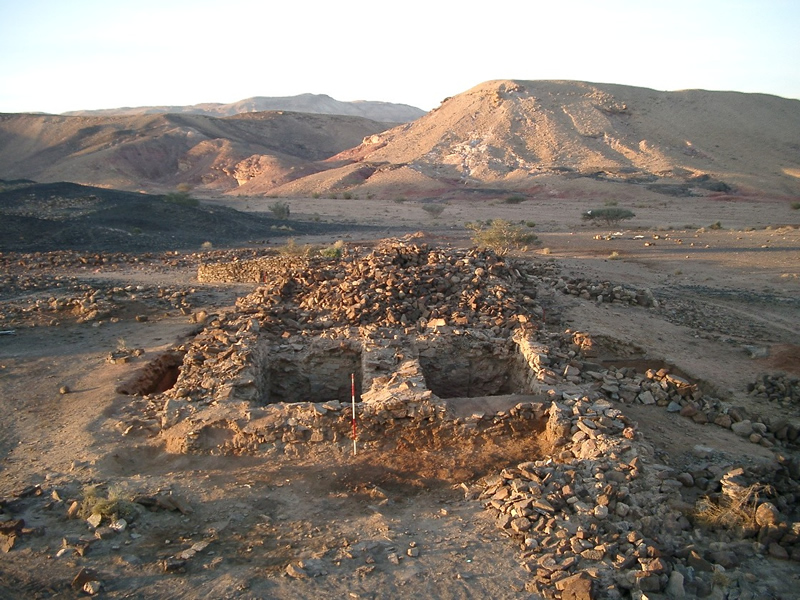 “The debate over the chronology of Iron Age Edom is part of the debate over the chronology of the Iron Age in the southern Levant, and hence the attention to the newly discovered chronological evidence from Khirbet en-Nahas in southern Jordan,” argued Najjar, adding that it is also part of the discussion on the historicity of the biblical texts, with their deep emotional and religious significance particularly to Judaism, Christianity and Islam.

The archaeologist highlighted the multi-disciplinary approach at the lecture”New Perspectives on Iron Age Edom” held recently at the German Protestant Institute of Archaeology.

Najjar was part of Edom Lowland Regional Archaeological Project (ELRAP) which ran from 1997 to 2017 and combined classical archaeology with cyber archaeology.

Cyber archaeology is a new multi-disciplinary method that combines engineering, computer science and physics, he elaborated, noting that ELRAP studied the copper production and its correlation with social, economic and political changes in the region.

“The fact is that metalworking and exploitation of metal resources are strongly tied to political power and social infrastructure,” Najjar said.

Moreover,  metalworking can be used as a proxy for measuring the degree of social complexity of the communities involved in metal production, the scholar  noted.

Wadi Feynan is mentioned in ancient sources as an area well-known for its copper mines.

“Being at the edge of the Arabian and African tectonic plates, the geology of the southern Levant is very complex,” he stated, explaining that Wadi Araba transforms, or runs parallel to, other major east-west fault systems including Dana and Qwaira, to shape the geology of the region.

The crystalline basement rocks (Aqaba and Araba complexes) are overlain by a long sequence of sandstones, siltsones, shales and limestones; it is within the Salib Arkosic Sandstone, the Burj Dolomite-Shale and Umm Ishrin formations, that copper ore occurs, the archaeologist said.

The C-14 (radiocarbon) dates from Feynan in southern Jordan clearly demonstrates that there were two peaks of copper production during the period between the end of the Late Bronze Age 1,200BC and the 9th century BC, Najjar underscored.

The veteran archaeologist claimed that “this new data challenges previous assumptions about the Iron Age in Jordan, such as that the formation of the Iron Age kingdom of Edom only took place in the 7th and 6th centuries BC; and that no monumental building activities took place in Jordan during the 10th century BC.

“Control of copper production and trade in copper at the very end of the Late Bronze Age, Iron I and Iron II periods was probably the main catalyst for the rise of social complexity in Iron Age Edom,” Najjar concluded.

“This shows the centrality of archaeological research in southern Jordan for understanding the Iron Age of the Levant and for solving some of the fundamental controversies of historical archaeology in general,” the expert underlined.