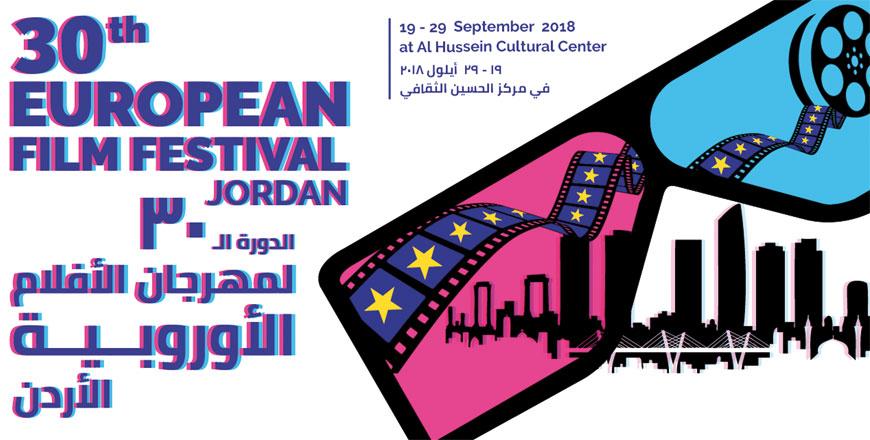 AMMAN — The European Film Festival will kick off in Amman on Wednesday, and will be screening 19 movies. It will also launch a competition for local filmmakers.

“We managed to strike a cooperation between Malmo Arab Film Festival, which will promote the European film festival in Jordan and will host the winner of the short film competition which will be held as part of the festival,” she told reporters during a press conference.

The festival is under the patronage of HRH Princess Rym Ali, and in collaboration with The Royal Film Commission (RFC), the Greater Amman Municipality, the Ministry of Culture, TaleBox and EUNIC.

Held under the slogan “30 Never looked this good”, this year’s festival will screen movies with Arabic subtitles for the first time, according to Batshone.

“Also this year, we will hold the screenings outside Amman in cooperation with The Royal Film Commission to reach different areas such Salt, Zarqa, Mafraq and Irbid,” she added.

The Festival will kick off on Wednesday and run until September 29 at Al Hussein Cultural Center (Ras Al Ain), except for Saturdays when screenings will take place at Rainbow Theatre, according to EUNIC’s Facebook page.

“Movies that will be shown to [the] public are new movies and have received many awards. Also in cooperation with RFC, we managed to provide age classifications for each movie,” Batshone added.

She noted that the festival will include musical shows and workshops as well as competitions.

Shima Al Tal, of the Greater Amman Municipality, said the festival has attracted a special audience, which is interested in EU films that are a far cry from the attractions of Hollywood or Bollywood.

Marian Nakhothe, RFC’s media and communications coordinator, described the festival as “a cinematic destination” for cinema enthusiasts in Jordan.

Nakho said that they noticed efforts exerted by EU embassies in Jordan regarding the content presented through the movies, which is content of interest for an audience that focuses on cinematic quality and delivering issues that enable the Arab and local population to interact with.

The RFC official said the competition which is held as part of the festival adds great value to the event and bolsters the cinematic scene in Jordan.

“If we want to see Jordanian competitive productions, there is a need to support short film productions, and the idea to enable the winner to participate in Malmo festival will provide them with great exposure,” she added.

She told The Jordan Times during the conference that the festival provides aspiring filmmakers with training opportunities as well, and discussions during the screenings will help to boost their skills.