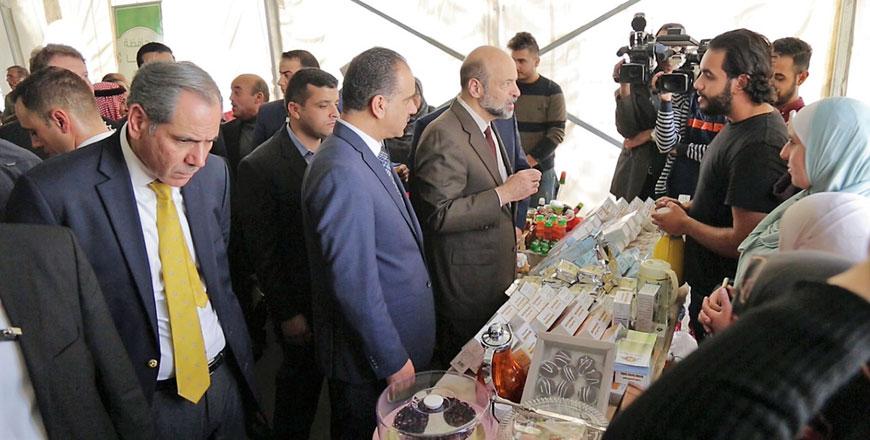 AMMAN — The 19th National Olives Festival kicked off on Wednesday allowing farmers to showcase their olives and other rural products.

The annual festival, which is organised by National Centre for Agricultural Research and Extension (NCARE), aims at providing “small farmers and rural women with a platform to sell their olives and other agricultural products”.

Last year’s festival also received 125,000 visitors with the value of products sold amounting to JD1,140,000, according to NCARE.

Olive trees cover 72 per cent of the agricultural land in Jordan, according to a recent Department of Statistics (DoS) statement.

Approximately 10.5 million olive trees are planted over 560,000 dunums, most of which are located in the northern region of the Kingdom. Jordan is also ranked 8th internationally in producing olive oil, DoS said.

According to the DoS, the sector’s investment volume amounted to 1JD billion in 2018 and it has created job opportunities for more than 80,000 Jordanian families.

The Kingdom’s production of olives for the last five years was estimated at 150 million tonnes, 20 per cent of which were pickled and 80 per cent were sent to olive oil extraction plants.

There are 132 olive oil extraction plants in Jordan, including 281 production lines, which are equipped with modern technology. The production capacity of these plants is estimated at 436 tonnes per hour.