AMMAN — The Irbid Department of Antiquities has found 19 Roman ruins in Beit Al Ras town that narrate the stories of the former inhabitants of the area, department director, Musa Malkawi, said on Thursday.

The ruins are part of the Decapolis, Malkawi said, along with Jerash, Um Qais and other historical areas across the Kingdom.

As a team of workers in Irbid, 80km north of Amman, was operating on the sewage line project in the city, they came across several pieces that date back to the Roman era, Malkawi said. The discoveries included coffins and tombs with drawings engraved and carved on them. 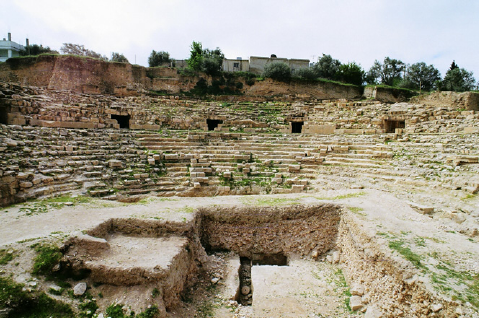 Tombs include four stone-coffins, three basalt tombs, calcareous, sculpted rock tombs, and ground-based coffins and tombs, he said, explaining that the cemetery, material and method used for burial depict the lives of inhabitants of the area under the Roman rule.

The tombs were discovered in a cave located under a main street in the middle of the town, he added, in a crowded area. The ruins have cracks on them as they date back to a very long time ago, according to Malkawi, who added the tombs are very commonly found in areas around Jordan, especially in the north.

“Jordan is an open museum; always ready to be explored and discovered.  If we find special pieces or stones, we work towards conserving and preserving them,” he stressed.

Two months ago, the department’s staff discovered a cave with Roman drawings carved on its walls, spread on an overall area of 400 to 500 square metres.

Malkawi announced that the cave is currently being prepared to be open to the public as a historical landmark in the north of Jordan.