Wildlife returned back to Wadi Rum

Aqaba Authority Special Economic Zone launched in collaboration with the Environment Agency-Abu Dhabi, in the protected area Of Wadi Rum. A hundred of mountain goats (Nubian Ibex - Capra ibex nubiana) donated by the agency earlier, to preserve this endangered animal due to poaching and hunting.

What is Nubian Ibex

It is a desert animal, like goats in its appearance. It is distinguished by having long back-wards curving horns which may reach to 45 cm, and there is a tuft of hairs under the chin looks like the beard. The male has a tuft of  hairs on its mid-back. The color of the hair is dark brown and the limbs are strong and short.

The mountain goat is consider an endangered animals in the region of Wadi Rum, due to poaching and the destruction of natural habitats that fit living, where decreased preparation is critical in the twenties of the last century and is limited to the numbers remaining few sites are located in the mountains adjacent to the beach east of the Dead Sea and a few of them took refuge in the mountains Wadi Rum habitat assisted him in hiding from the multiple threats that almost pay this animal to the brink of extinction. 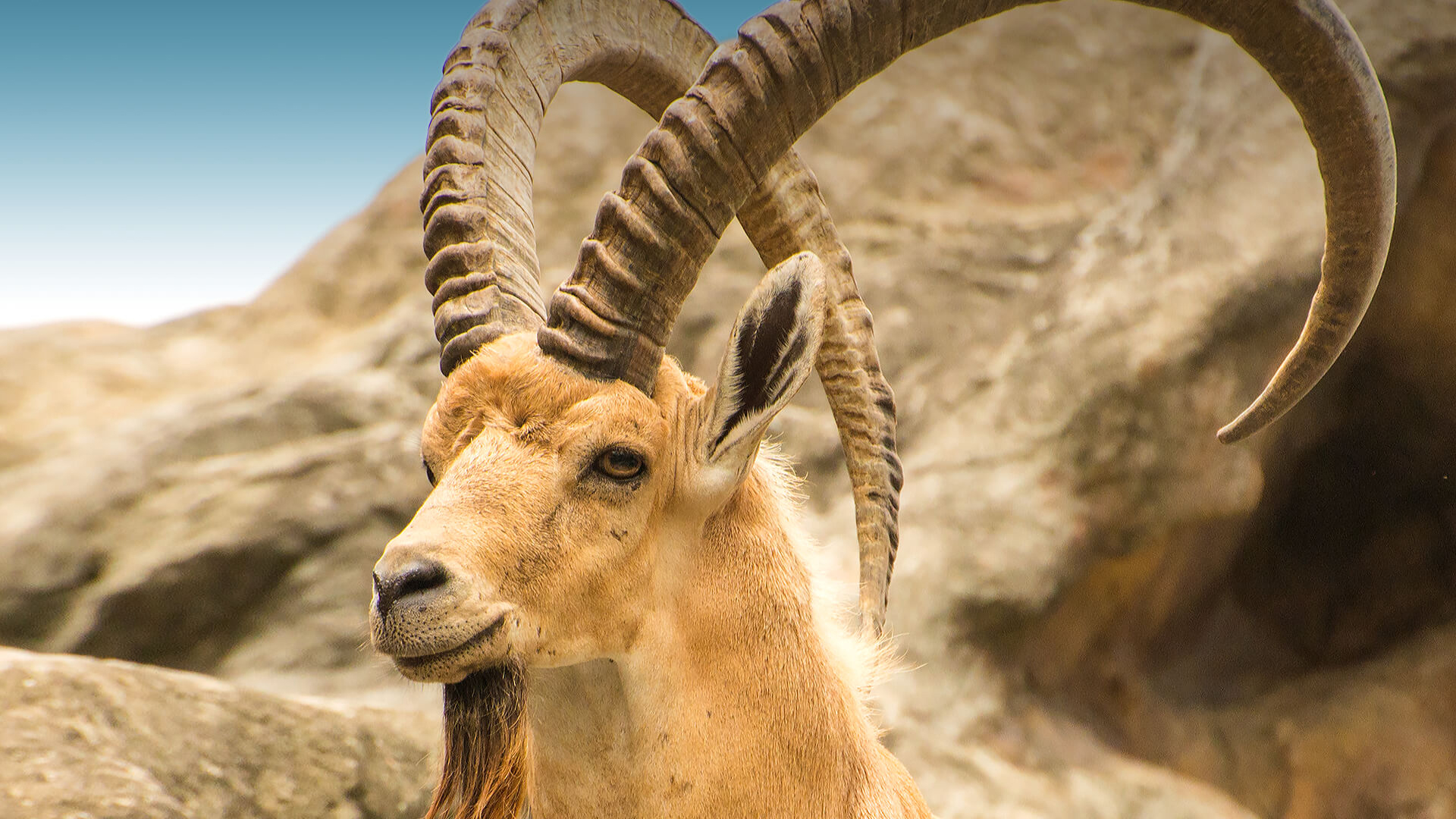 The Commissioner for Environment and Health for Aqaba Authority Dr. Muhannad Hararah stressed that the authority pays great attention Protectorate Rum to preserve the biodiversity therein, and which finally entered within the World Heritage areas to the content of the legacy of historic and cultural roots to six thousand years BC, where the region's leaders urged a human is indicated by the broad and drilling operations in times of sporadic missions before the effects of global and local.

He also commended on the support provided by the Environment Agency in Abu Dhabi to maintain biodiversity in protected Rum, referring to the resettlement of animal Arabian oryx, which became extinct from the area early last century through the body that oversaw the launch in the region, which has become now lives in protected and reproduce according to natural proportions usual for him. He said the resettlement of the hull in the area after the verge of extinction, pursuant deserves appreciation and praise for the Environment Agency in Abu Dhabi.

Khaldoun Al Omari, Abu Dhabi Authority for the Environment said that the project management of the mountain goat will be launched through a joint steering committee between the two sides, in addition to the Royal Society for the Protection of Nature.

This project will be achieved through the implementation of four goals process, which includes work to ensure the sustainability of the herd vital animal mountain goats within the areas he was natural in the area of ​​Wadi Rum, and work to ensure the implementation of the program of communication and continue to raise the awareness of local communities and relevant authorities with respect to the project and work to strengthen the approach participatory local communities and relevant authorities to reduce the threats that affect the vitality and sustainability of the herd animal.

In addition to promoting and marketing the program to adapt and launch the in the area of ​​Rum for support for local and regional activities.

It is noteworthy that the animal (mountain goat) is one of the social species that often live within herds of less than ten members may increase in some cases and increasing the number of the herd is a period of mating and birth and is committed to the Environment Agency - Abu Dhabi, which was founded in 1996, to protect and enhance the quality of air, and groundwater in addition to the protection of biodiversity in desert ecosystems and marine in the Emirate of Abu Dhabi.

Aqaba Commission also seeks to promote environmental awareness and sustainable development, and to ensure the continued inclusion of environmental issues among the most important priorities in the national agenda.