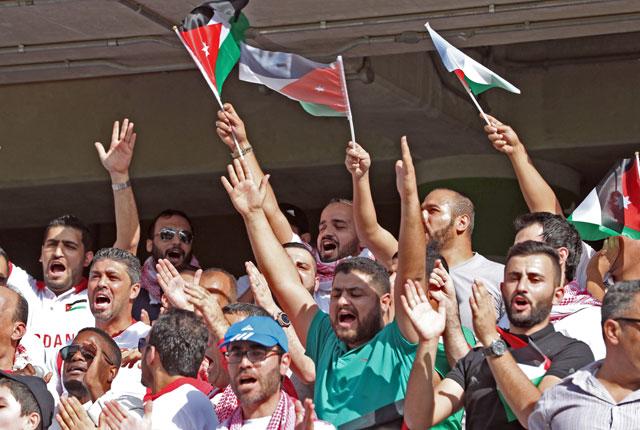 AMMAN — Jordan’s victory against Australia during the team’s opening game of this year’s Asian Cup contributed to restoring its prestige, said Tayseer Omairi, a sports journalist.

However, the Al Ghad newspaper journalist said that the team should not get overconfident and instead stay focused in each of their remaining matches.

Jordan beat cup-holders Australia 1-0 in its debut match in the UAE-hosted 2019 Asian Cup on Sunday. Australia made the “worst possible start” to its defence of the Asian Cup crown on Sunday as Graham Arnold’s Socceroos were handed a 1-0 defeat by Jordan’s Nashama.

“The ranking of the national team deceived Australia and made them underestimate us. The team believed in their skills and played according to their capabilities, which made it difficult for Australia,” he told The Jordan Times over the phone.

The team’s calmness during the match was one of the positives that attracted the Jordanian football journalist’s attention.

“They should be realistic. But... whenever Jordan achieves a positive result in the opening game, they generally achieve positive results [for the rest of the tournament],” he added.

The Jordanian football coach Issa Turk told The Jordan Times that football fans were hoping for any positive result, either a draw or victory.

“There are some people who fancy a beautiful performance, but in such important tournaments, we are seeking results,” he added.

Turk said the result of the game between Palestine and Syria added more pressure on the team, as Syria will be more eager to achieve positive results against Nashama.

Ahmad Eid, a Jordanian football fan, said “every team will take us seriously from now on”.

Experts and fans interviewed by The Jordan Times all agreed that “we have the right to dream”.

“No one believed that Croatia would quality to the World Cup Final,” Al Omairi added.

Turk stressed that our main aim now is to qualify for the next round, expressing hope that the team would have the chance to reach as far as possible.