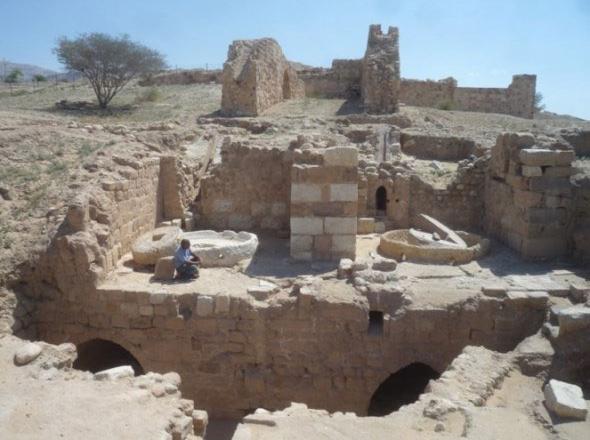 AMMAN — “Tomb looting became endemic in the 1970s and 1980s in the area of Ghor Safi, and my role has been to preserve and document as much of the heritage as possible,” said a veteran Greek archaeologist.

Ghor Safi (located some 112km southwest of Amman) used to be a site known as Zoara in ancient times, said Konstantinos Politis, president of the Hellenic Society for Near Eastern Studies, noting that he found Nabataen pottery at the Zoara fortress.

“The lowest place on Earth, Ghor Safi has the potential to be interesting for tourism,” the expert said at a lecture titled “The Origins of the Sugar Industry in Jordan” held on Wednesday at American Centre of Oriental Research (ACOR) in Amman.

Kicked-off in 1997, the recently concluded Ghor Safi project focused on the sugar factory dating back to the 12th-15th century, also aiming to develop the site for tourism, education and training of the local community.

According to Politis, who worked in Ghor Safi for 30 years with the support of USAID SCHEP and ACOR, “sugar production was very significant in the context of the global trade during mediaeval period; and indigo was also another commodity that was imported from India after Muslim conquests”.

Several species, especially Indigofera tinctoria and Indigofera suffruticosa, are used to produce the dye indigo, the archaeologist explained, noting that “it involves chemical knowledge and, in the Abbasid era [758-1258 AD], Islamic scholars were chemistry experts”.

He said evidence from 1432 found in Damascus highlighted that the sugar production was a state-monopoly under the Mamluk rule.

Three pieces of stamps from the Mamluk period recently found at the site, are believed to have been used to seal storage rooms with sugar before an official representing a sultan in Damascus would come to collect commodity.

Sugar pots found at the site were also collected and restored by local trainees and students who came from Greece, Politis continued, noting that they are now placed at The Lowest Point on Earth Museum in Ghor Safi.

“The pots were produced in Raqqa, Iraq, Egypt and Cyprus, while others were locally made. We also found coins from Byzantine, Islamic and Crusade periods,” he continued.

More recent findings included holes from bullets shot by Arab forces led by Sharif Hussein during the Great Arab Revolt, as Ghor Safi was located on a strategic route, the scholar commented.

“Thus, Ottomans established a police station on the top of older buildings, evidence which we reconstructed by analysing various calibers of rifles and handguns,” Politis concluded.