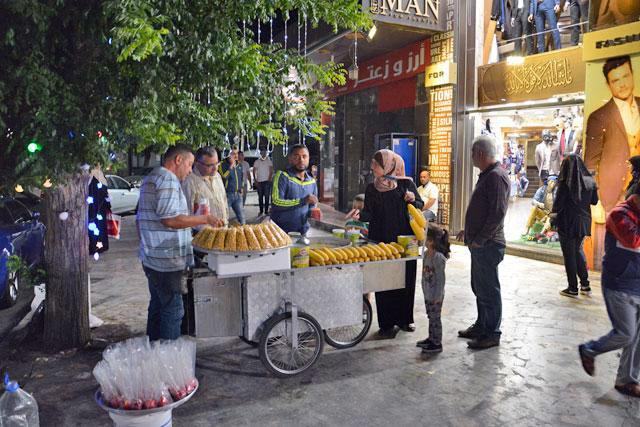 The municipality has launched several campaigns in the past for street food vendors with the promise of assigning them “new locations that preserve their businesses and simultaneously protect shop-owners’ interests”, as put by Farrajeen. The new initiative expands the number of assigned locations as well as lays the groundwork for regulating food trucks.

“There will be no licences for trucks near commercial complexes or streets that have restaurants in them. And there has to be a sensible distance between the two, [restaurants and food trucks] so that no one is harmed business-wise,” Mayor of Amman Yousef Shawarbeh said in a report made available to The Jordan Times.

A few weeks ago, the Jordan Food and Drug Administration (JFDA) listed food truck regulations in a press release. The regulations included the prohibition of permanent parking as well as parking next to schools, mosques or churches and restaurants.

The JFDA also listed several other conditions, including that the dimensions of the vehicle be no less than 2.4 metres in width and 8 metres in length, and that the trucks use JFDA-approved ingredients and water.

Many street food vendors, most of whom work out of carts rather than vehicles, did not welcome the new regulations. Mohammed Baradaa, an egg sandwich vendor in Al Bayader, told The Jordan Times that he “cannot afford to buy the bread used in the sandwiches sometimes, let alone buy a vehicle with cooking appliances in it”.

Alaadein Barakat, another vendor, said he tried moving his cart to one of the already GAM-assigned locations, but that it was “isolated and far from foot traffic”.

Farrajeen, in a comment addressing vendors’ concerns, said that “the municipality is trying to take decisions that benefit everyone, including the comfort of the pedestrians that are annoyed by the presence of street vendors on sidewalks”.