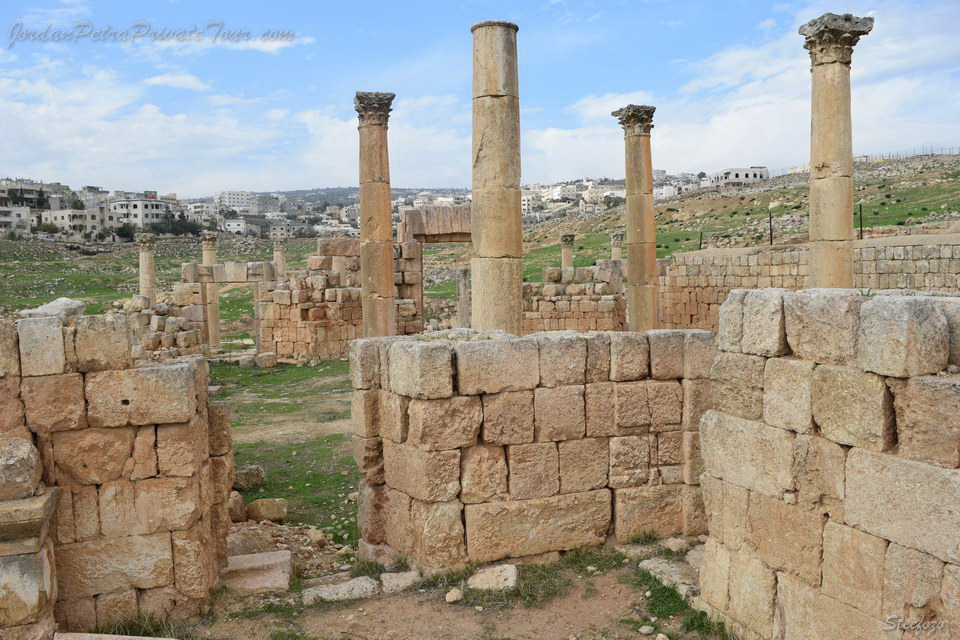 Approximately 350 Out of Jerash’s 250,000 Residents Work in Tourism — Stakeholders

JERASH — Despite being the second most visited tourism attraction in Jordan, Jerash’s tourism sector does not provide jobs for 99 per cent of its population, experts said.

Out of 280,000 residents, about 350 people are involved in the tourism industry in Jerash, which is 48km north of Amman, Yousef Zreagat, a tourism expert, told The Jordan Times on Saturday.

“It is not fair that people here have such a massive ancient city and only a handful of them benefit from it,” Omar Faqih, manager of the Jerash Cooperative Directorate said.

The local societies also face funding challenges, which hinders their ability to build sustainable enterprises to increase engagement and benefits, he added.

“We have been trying to establish a number of year-round kiosks for local women’s societies inside the site to showcase their food, but we face economic and procedural challenges,” he noted.

There are many reasons behind the low number, including the lack of accommodation, tourism training institutions and promotion, said Zreagat.

There are less than 75 rooms in two hotels and a camp, according to the expert, who is also a member of Jerash Governorate Council.

Zreagat added that most itineraries include Jerash in a one-day schedule that also includes two to three other sites, saying that a full day should be devoted to visiting the city.

In terms of development projects and promotion, the Tourism Ministry has been focusing on other sites in the Kingdom and neglecting Jerash, Zreagat claimed, adding that, a project to connect the city’s ancient and modern areas is not effective, because Jerash is still not a full-day destination.

Zreagat stressed that stakeholders should build a strategy around Jerash’s advantages, such as its location. The site is around 50km from the Kingdom’s largest cities, including Amman, Irbid, Zarqa, Balqa, Mafraq and Ajloun, which include 85 per cent of the country’s population.

Stakeholders also have to be aware of the site’s history in order to convince people it is a “must-see” destination, he said.

“Marketing Jerash as a Roman city is a double-edged sword, as people would think it is the same as many other Roman cities in the world they might have seen,” the expert explained, adding that according to archaeologists, Jerash is the “best preserved Graeco-Roman city on the globe”.

Unlike other Roman cities, a visitor to Jerash can see monuments spanning the Bronze Age to the Ottoman period, according to Zreagat. “In Jerash, a visitor could stand at the Temple of Zeus and view Christian churches standing beside Umayyad mosques.”